The Ithaca Police Department created a Recruitment Team that looks for highly talented people to become members of its department. The Department consists of sworn officers that work in multiple divisions ranging from patrol to investigations. There is a wide range of growth potential and advancement including supervisory promotion and specialty units such as bike patrol, SWAT, traffic unit, and a Commons unit. Advancements in training and equipment have made the Ithaca Police Department more prepared than ever to police the unique Ithaca area.

Police officer positions are filled either by appointment from a civil service eligible list or by transfer from a municipal police agency in New York State (exclusive of New York City).

Additional questions regarding employment as a police officer may be directed to the City of Ithaca Human Resources Department at 607-274-6539.

Application forms can be obtained at the following locations: 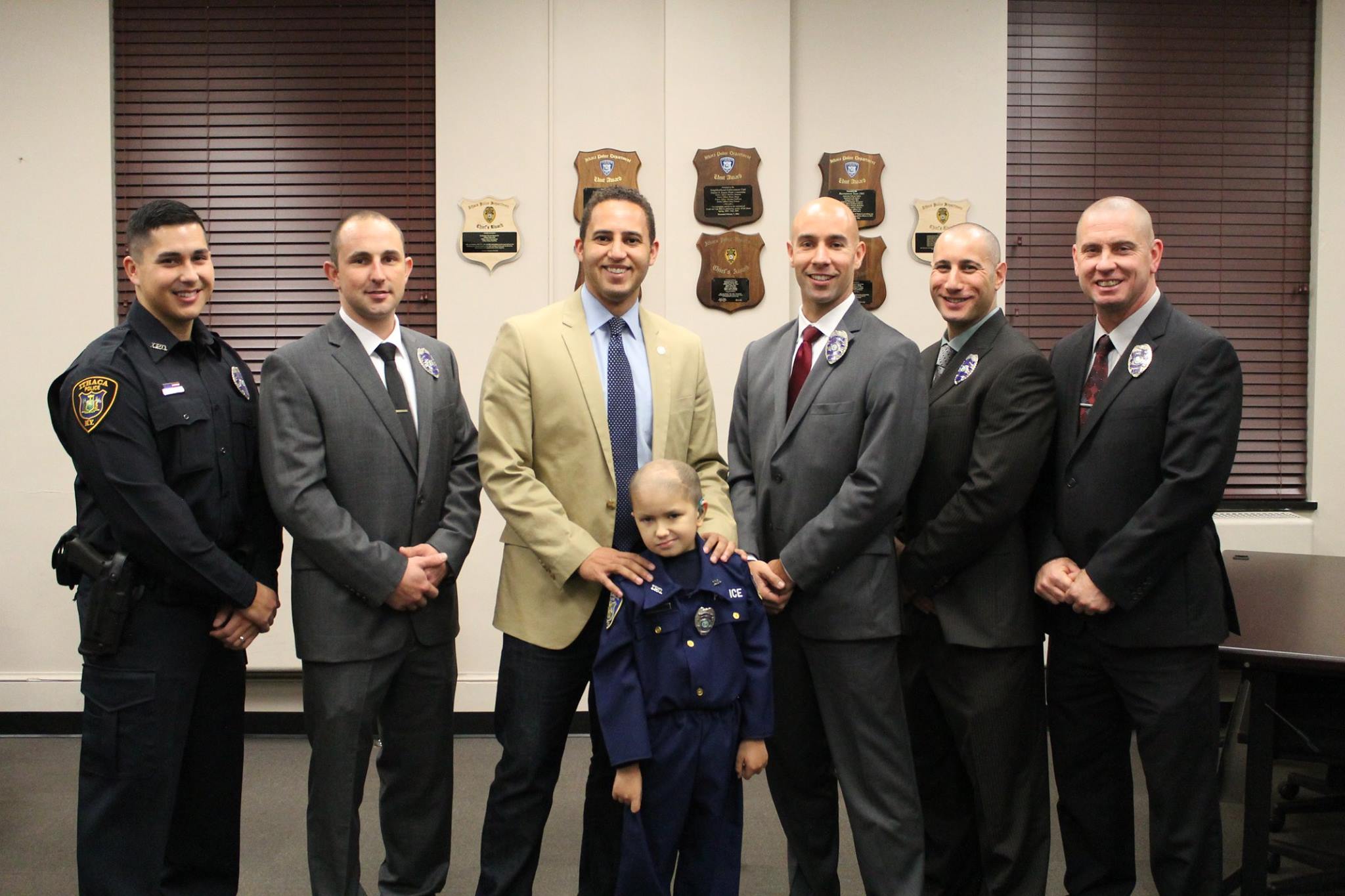 We ask you to join us in our mission to keep Ithaca a safe and healthy community.

Please visit the IPD Facebook page for more information on the vital role that the Ithaca Police Department serves in helping to keep Ithaca a beautiful and vibrant place to live, work, and visit.

The Chief of Police, and police officers possess the powers and authority provided in the Criminal Procedure Law and all other applicable statutes of New York State. They also perform duties prescribed by the City of Ithaca Charter for the preservation of public peace, the care of city property, and the enforcement of the police regulations and municipal ordinances of the city. The chief has the authority to designate persons employed by the Police Department other than police officers who will have the authority to regulate traffic.

The mission of the Ithaca Police Department is to enhance the quality of life in our community by working cooperatively with the public and within the framework of the U.S. Constitution. To enforce the law, preserve the peace, reduce fear, and provide for a safe environment for all of our citizens.
Notify Me®
Report a
Concern
Online
Payments
Community
Voice
[]