European Larch  Larix decidua
Not many people know that there are conifers that are deciduous. That means that, in the fall, the needles will turn yellow, then fall a few weeks later. European Larch is native to the high mountains of Central Europe and because of its alpine heritage, is able to withstand extremely cold winter temperatures, reportedly as low as -50F. It has naturalized in New York State, as well as a few other states in the US.

Although the tree grows quite tall (up to 120'), it is also popular with bonsai enthusiasts. The plant is monoecious, which means there are both male pollen cones and seed cones with female flowers on the same tree. The seed cones tend to remain for a long time on the tree - often a year or longer. Wood from larch has been used in boat building, and the resin that the tree produces has been tapped by boring a hole into the trunk and the resin flows out for many years. (But take our word for it, do not try that on this tree!) The resin is use to make varnish.

So if you would like a soft-needled, fast-growing tree in your yard that changes with the seasons, consider the larch. 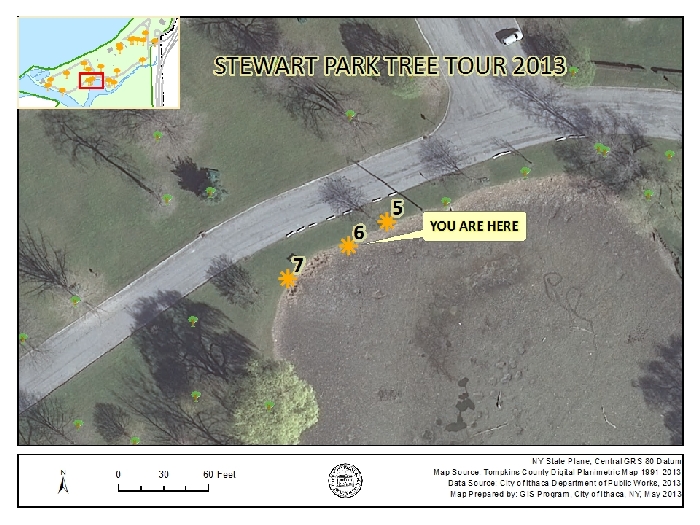