Maiden Hair Tree - Ginkgo biloba
The Ginkgo biloba tree, a large ornamental tree, is common everywhere in North America and Europe in yards, gardens and parks. It has been grown all over China since ancient times and is still often seen around temples there because it was once considered a sacred plant. It is especially common in western China. From China it was spread around the rest of the world as a popular ornamental tree when trade between east and west became routine.

It is no longer known anywhere in the world in its wild state and is called a ‘living fossil’ because its ancestry goes back millions of years to the Permian period, as shown by evidence found of it in many parts of the world, sometimes from leaves of it found in fossils. Such evidence of it has been found in America approximately as far north as the border with Canada. The Ginkgo tree has been remarkably unchanged over its many years.

Note the smooth bark and fan shaped leaves, which are 2" – 4” wide and resemble ferns. It is undoubtedly their resemblance to the maiden hair fern that gives the alternate common name maidenhair tree. 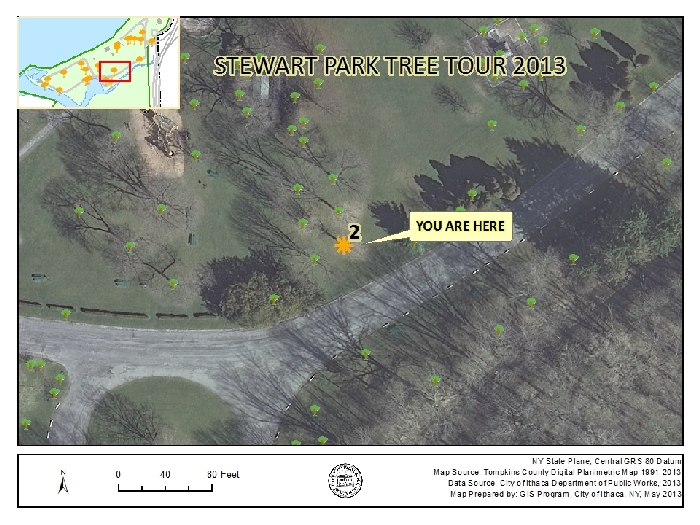 Ginkgo is dioecious, which means male and female flowers are found on separate trees. The seeds are on the female trees and the pollen is on the male trees. The seeds are in the form of bare nuts. The nuts have no shells or covering, but a fleshy covering which has a very disagreeable odor. Its name comes from the Japanese word "ginkyo." "Gin" means "silver" and "kyo" means "apricot." Despite the unpleasant odor of the fleshy covering the inner nut is edible and considered a delicacy in some Asian cultures.

The plural of "ginkgo" is ‘"ginkgoes." The spellings gingko and ginko may also be found occasionally for the singular.